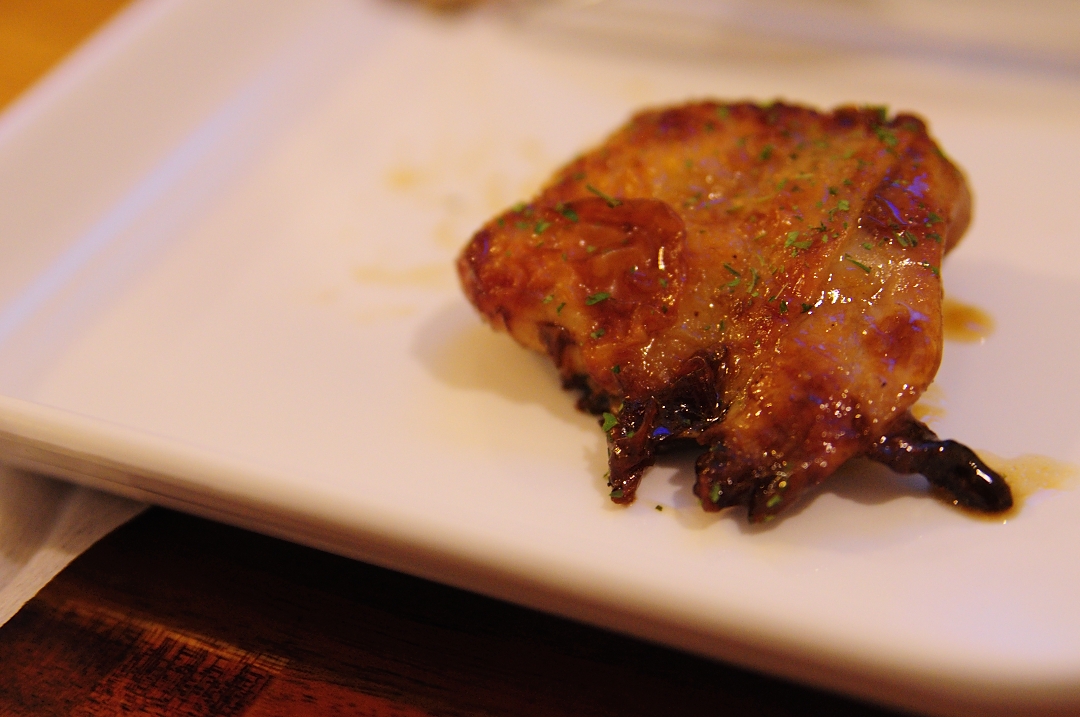 It’s no exaggeration that Koreans are in love with fried chicken (후라이드 치킨) with a ton of different restaurants to match. With the wave of food trends in Korea, you’ll see specialty foods come and go, but friend chicken is one of those foods Koreans can’t seem to live without. Pretty much every fried chicken joint in Korea is above and beyond delicious and Ho Chicken (호치킨) was no exception. After an amazing experience volunteering with a Korean social group, we decided to reward our hard work with some friend chicken and went here. This place is a chain with tons of locations, so you can enter the Korean characters I provided into Naver or Google to find the closest location.

The menu is quite diverse, which is very different from American fried chicken. They have roast chickens and fried chickens with a variety of sauces and combinations. Prices are reasonable for Korean standards, with two people comfortably able to share a plate together. Most plates costs around 11000 to 14000 won. The menus are also in English which is very helpful for Westerners.

The teriyaki garlic chicken was the first to arrive and certainly made a great first impression. The sauce was more savory than sweet, which I liked. It was almost reminiscent of soy sauce. It wasn’t overly thick and it had a nice glaze over the meat. The meat had absorbed the flavor quite well. I couldn’t quite taste the garlic, but it was delicious nevertheless. It was really beautiful to look at too. 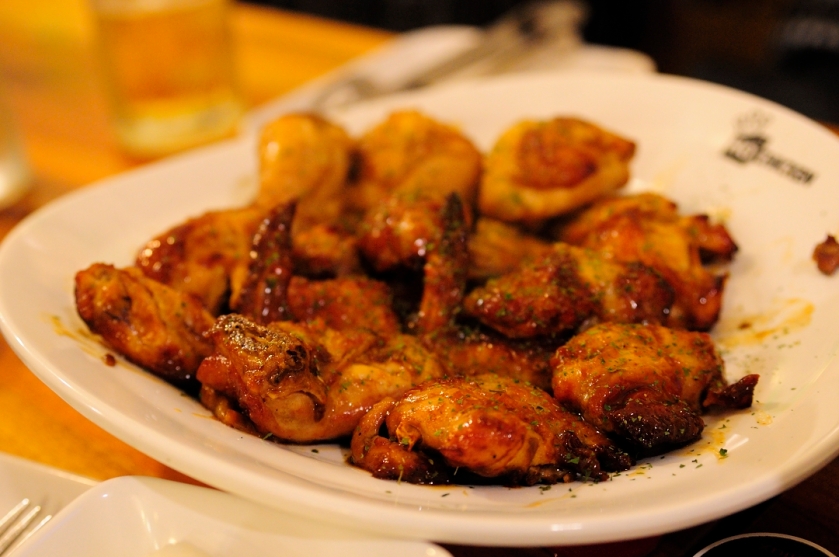 When the Green Onion Chicken came along, I was quite impressed with the presentation. We special-ordered the cheese on top which didn’t really taste like any cheese I’ve tasted. I think it certainly added another element to the chicken which I enjoyed. The chicken wasn’t oily at all and had a nice subtle crispiness. The meat was moist and had no hints of dryness at all! The “salad” was very bright and delicate which contrasted nicely with the chicken’s heaviness. There was also a “sauce” collecting at the bottom which could’ve been grease for all I know, but it had nice flavoring which could be added to the salad.

Note: A lot of chicken in Seoul tends to have a higher ratio of bone to meat, when compared to America. I hear that Korea is pretty anti-hormone which means smaller, but considerably better farmed chickens. That being said, I felt that there was considerably a bit more meat than other places I’ve been too and it was quite adequate.

With a nice, thoughtful establishment and amazing chicken, I hope I get a chance to eat here again! I would love to try the seasoned spicy chicken (양념치킨). Definitely bring a couple of friends over and try the amazing varieties they have to offer!

If you have any chicken restaurants you would like to recommend me, let me know in the comments below!