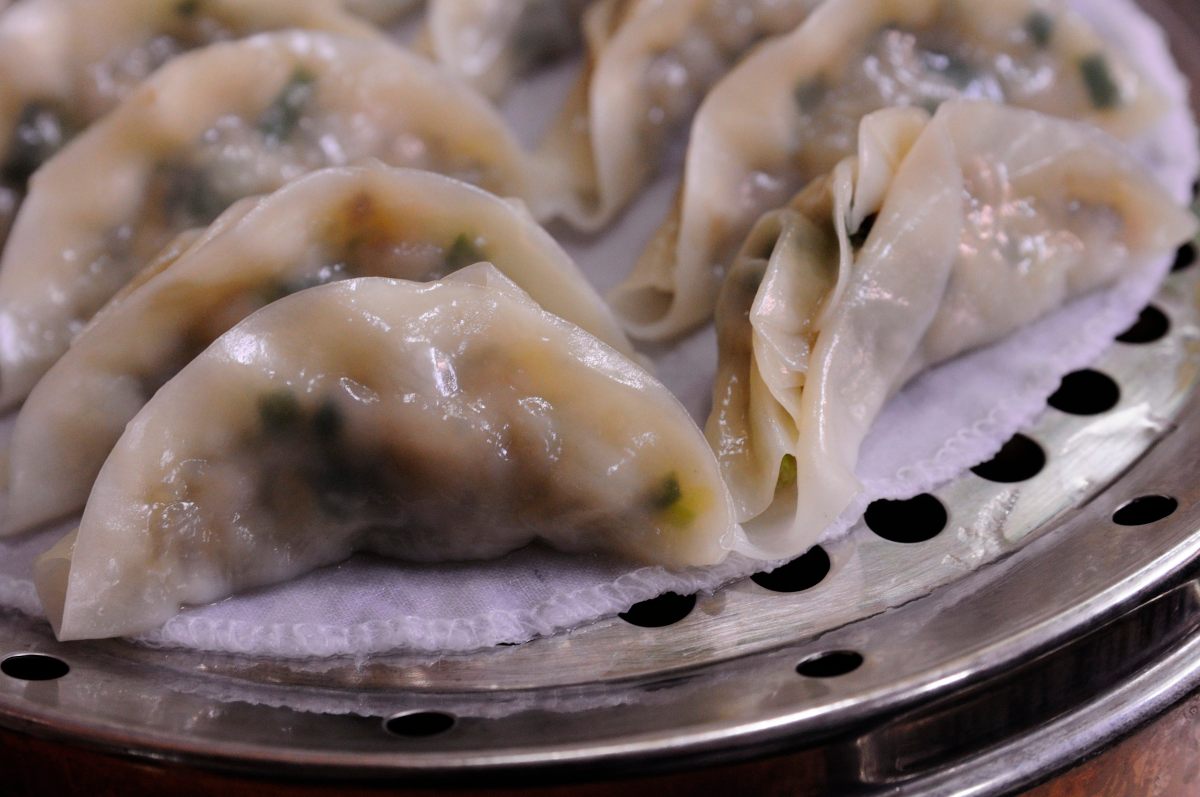 On my way to the immigration office near the Omokgyo Station (오목교역), I came across this very unassuming chain called 패미리 만두 (Family Mandu) that sold dumplings, dumpling style buns, and of course ramen. The store was very tiny, but what attracted me was the large amounts of steam coming from the pressure steamers. The store was very clean and had a homemade style atmosphere. There was a big bucket of filling and you could see the cook making the dumplings from time to time. You’ll come across the restaurant on the way to the immigration office in Omokgyo.

Mandu is the Korea word for dumplings. It’s pretty much exactly the same as your Chinese potsickers or Japanese gyoza. These particular dumplings were pressure steamed and I just had to try them.

This place is not terribly foreigner friendly as I don’t think I saw a single word of English. I helped romanize the words on the menu, so at least you can order it. The great part is, nothing is more than 3500 won and the quantity is reasonably decent. I ordered the gogitong Mandu (고기통만두) which is meat and veggie dumplings for 3000 won. 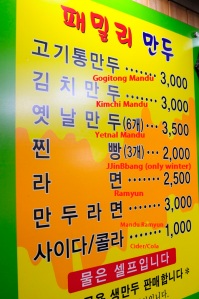 You get 8 mandu for if you order either the gogitongmandu or the kimchi mandu. The chef just puts it in the steam cooker and cooks it almost instantly. It’s quite awesome! Steamed dumplings typically have a slight dehydrated, borderline gummy texture on their wraps. These dumplings had a slight hint of that stickiness, without being too overdone. The filling was very tasty and they provide vinegar, soy sauce, and pepper powder to change the flavor.

The next time in the area, I will have to try the yetnal mandu (옛날 만두) which is more like a bun with filling inside! Yum! As mentioned, this place doesn’t have much English, so it might be best to bring a Korean friend(or me) along! Happy eating!