Those looking to treat themselves to some Korean bbq beef can check out 벽돌집 (Byeok Dol Jib), located near the famous Hongdae playground. Some of my friends were craving beef, so we decided to treat ourselves to the marbled variety of beef, similar to the ubiquitous Kobe beef. It’s quite rare to find this kind of beef, so i was definitely feeling hyped up for this delicacy.

The restaurant is pretty intimate with walls covering each table as well as private rooms which we were privy to. The lighting is very dim and the presentation of everything was pretty good. 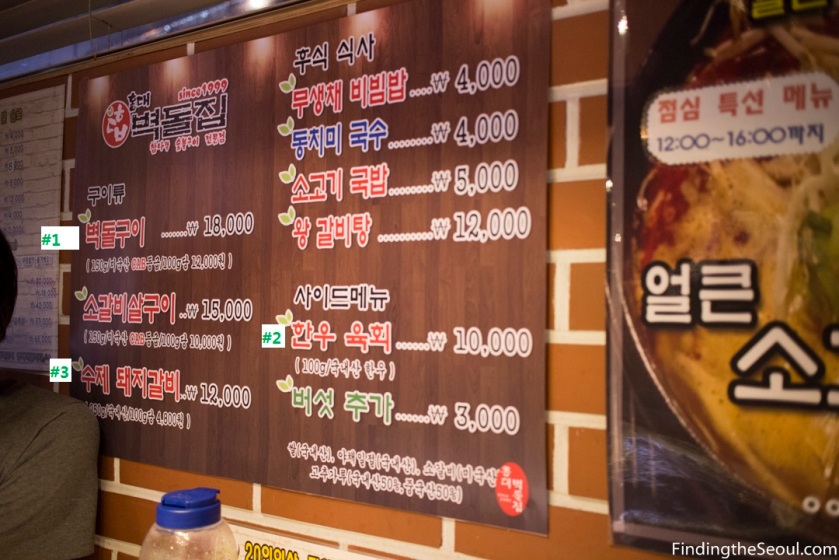 They have a pretty simple menu consisting of 3 barbecue items on the left and some prepared items on the right. We ordered the 1. 벽돌구이 (marbled beef), 2. 한우육회 raw beef), and the 3. 수제 돼지갈비 (marinated pork rib). 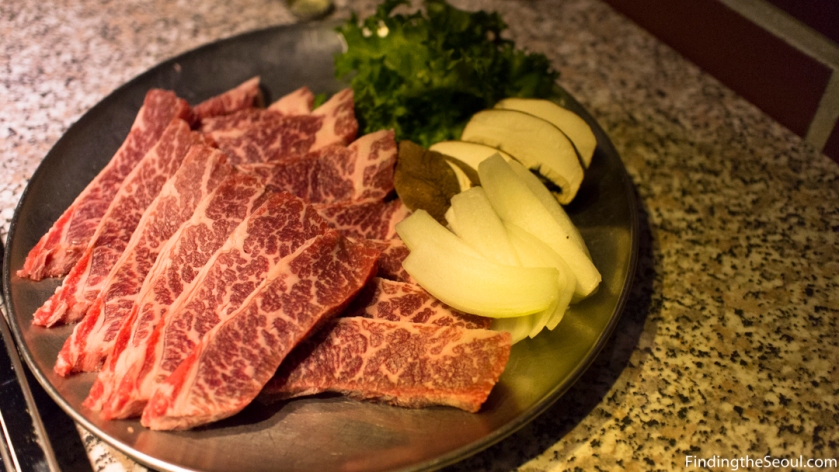 We ended up getting two orders, which frankly wasn’t terribly large. It comes served on a cold steel plate with some onions and meaty mushrooms as well.

The amount of charcoal they gave us was sufficient, albeit a little on the low side. It took a little time to heat up to the right level, but it cooked the meat sufficiently. I wish it was a bit hotter to get that really nice searing action on the meat and leaving the insides closer to rare.

Being somewhat amateur with meat, we ended up overcooking a lot of it, but managed to get it nice and rare with our later batches. When overcooked, the meat wasn’t discernible from any other beef. To be frank, I was quite disappointed. We managed to get it fairly rare, but even then it may have been overcooked. I’m not sure if it is us to blame for it not tasting amazing or them. There actually was a little grizzle here and there which was a pretty big no-no. 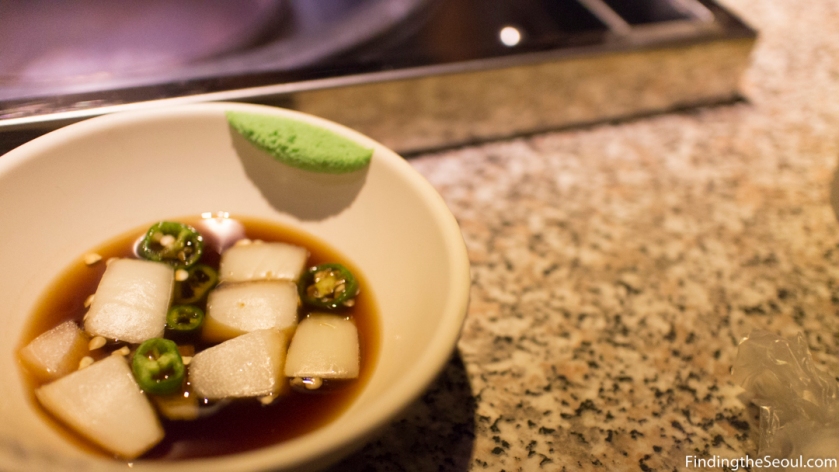 They also provided a sweet and salty sauce that you can mix with bits of wasabi. One thing that was disappointing was that they only had sesame seed leaves for wraps, no lettuce. At least the mushrooms were good! 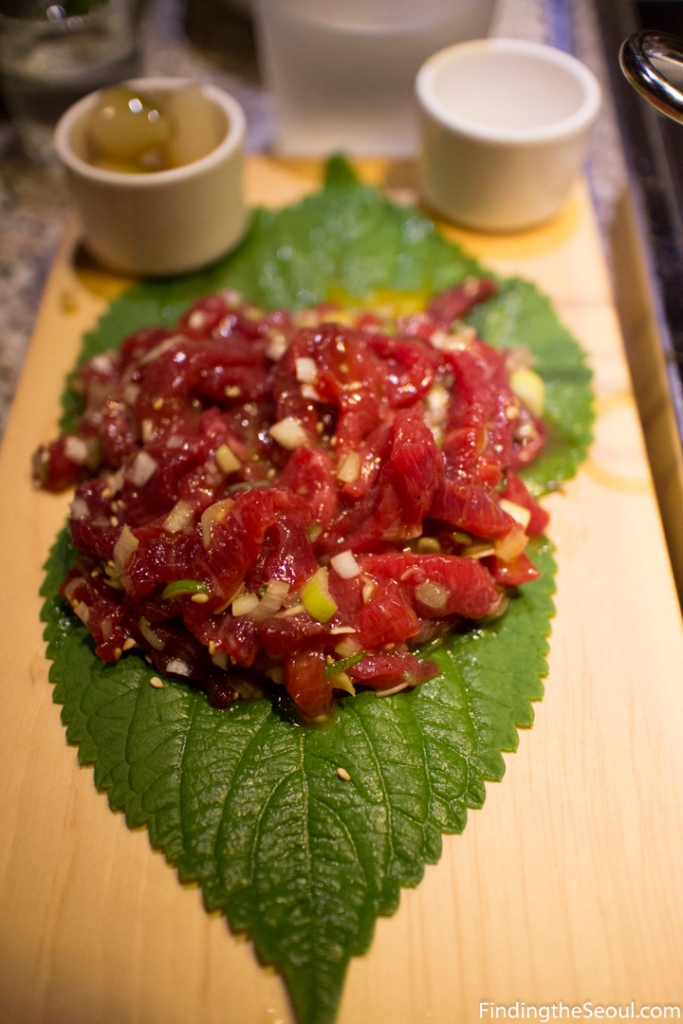 The raw beef was much more impressive in my opinion. It was lightly seasoned and we mixed it in with a raw egg yolk. It had a subtle sweet flavor and the meat was soft for the most part. Some parts were a bit tough and stringy, but overall it was decent. I enjoyed it, but it wasn’t the best raw beef I’ve had.

The marinated pork kalbi was okay, but nothing out of the ordinary. It came with mushrooms, but no onions this time. The meat wasn’t obnoxiously sweet like some places, which is always a plus for me.

We were given a couple of bowls of beef broth soup and some spicy veggies for appetizers. The soup was actually quite good, and may have been my favorite part of the meal. The meat was nice and tender, but the fat content made it taste extra creamy. The broth was perfect as well and with plenty of beef.

While 벽돌집 offers a very intimate eating environment and great dining experience, the food is somewhat not on par with the rest of the product. There were glimpses of perfection in some of the items, but a couple of critical errors that made it less enjoyable than it could’ve been. I have very mixed opinions about this place, and with a load of meat places all over the neighborhood, you can probably find better. It’s worth a try. Perhaps, they were having a bad day as my friend was raving about this place.