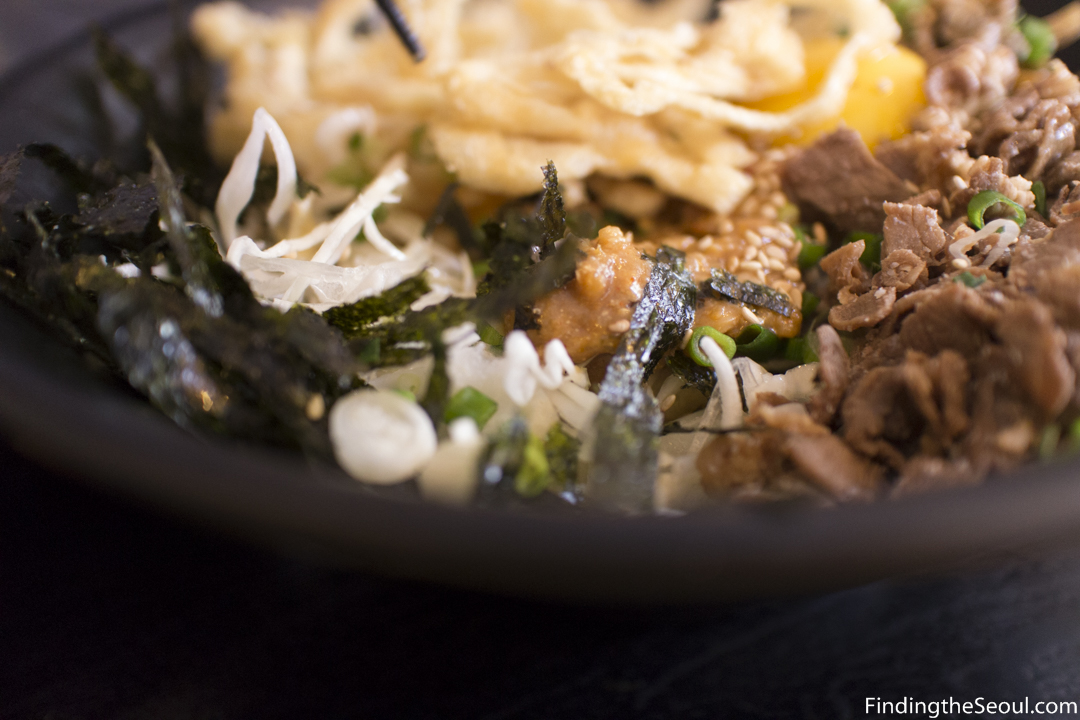 I have a real weakness for Japanese soup noodles, so it’s not surprising that 돈텐동식당 (Dontendong Shikdang) caught my attention the moment I laid eyes on it. They have a  pretty unpretentious looking storefront, resembling one of those locally owned noodle shops in Japan that I’ve always fantasized about going to since my high school days. Somewhat disappointingly, they’re actually a small franchise, but at least the price seemed reasonable and the pictures outside looked tempting. When I met my friend in Sinchon (신촌) to eat lunch, I knew I had to take the opportunity to finally check it out!

You can find this place by going straight out of Sinchon Station (신촌역) exit 3 and making a right at the Paris Baguette. You’ll eventually see it on the right.

The menu is pretty simple, they’re divided into either rice dishes, or udon (Japanese noodle) dishes all costing 6,500 won. You can order a pork cutlet or tempura pancake side for an additional 3,000 won.

The store is extremely tiny and cramped, so if you can’t deal with tiny spaces, you’ll want to give this place a pass. I had to move the tables around just so I could sit myself. I was a bit surprised that a franchise would even consider such a cramped space to be honest. However, it is clean and has a warm atmosphere. 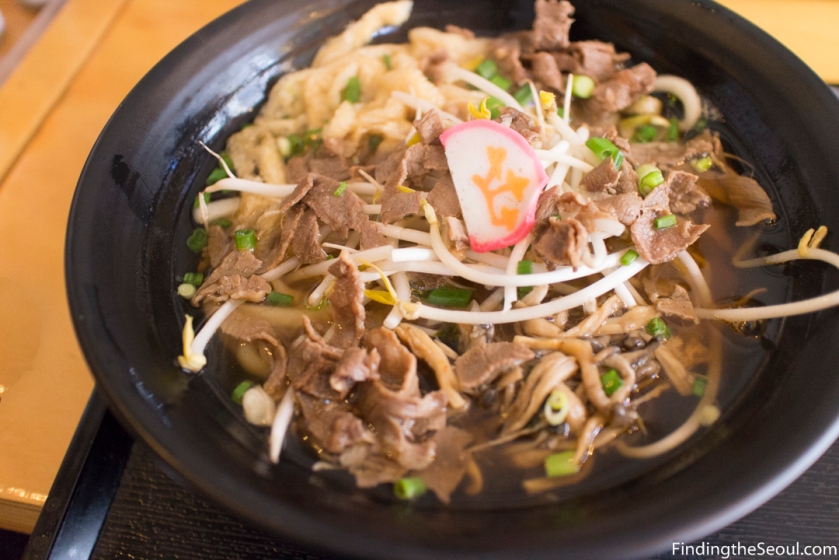 I wasn’t feeling terribly adventurous, so i went and ordered the most normal looking item, the beef udon. I’m somewhat of a purist when it comes to Japanese noodles, preferring a harmony of noodle and delicious broth versus a ton of unnecessary toppings. This one comes with thin slices of Australian beef, fried bean curds, green onions, mushrooms, and bean sprouts (why?!), topped with a lone fish cake.

I was quite shocked to see the bean sprouts, as I’ve never come across a Japanese noodle dish that served them. I always felt that crunchy things such as bean sprouts should never be paired with noodles, which are supposed to be soft and chewy. Even at Vietnamese restaurants, they at least serve them separately. They’re pretty much my Antichrist in the noodle world. What I ended up doing was just eating all the beansprouts first, which proved to be a tedious task.

The beef has a slight sweetness and tasted really delicate because of the thinness of the slices. The rest of the toppings went well, but were not terribly memorable. The noodles were kind of typical; somewhat chewy, but not overly amazing. The soup itself seemed like a fusion between Japanese broth and Korean anchovy broth with a slightly spicy kick. While good, I find a more traditional udon broth more preferable. 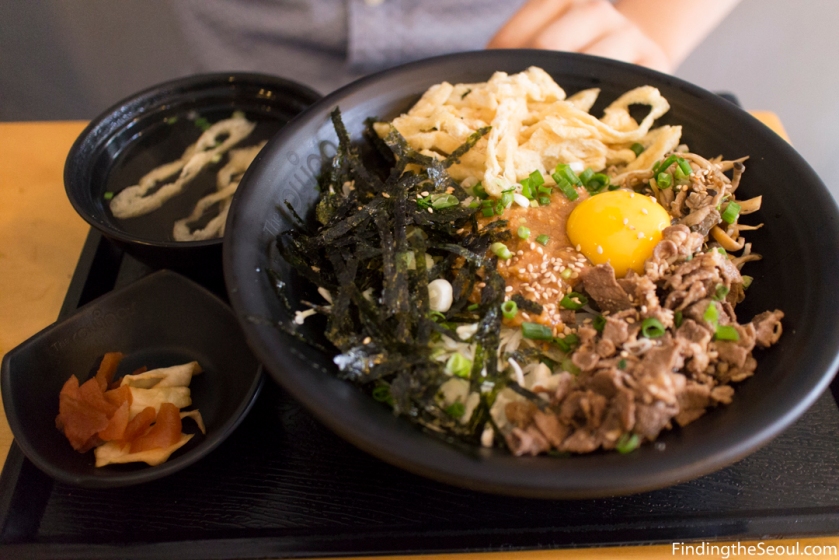 The cold miso udon was quite surprising to look at. It was basically the same thing with miso and an egg yolk in the center without broth (they put some on the side). You basically had to mix it like bibimbap (비빔밥). My friend liked it in the unique sense, but didn’t comment any further than that unfortunately. 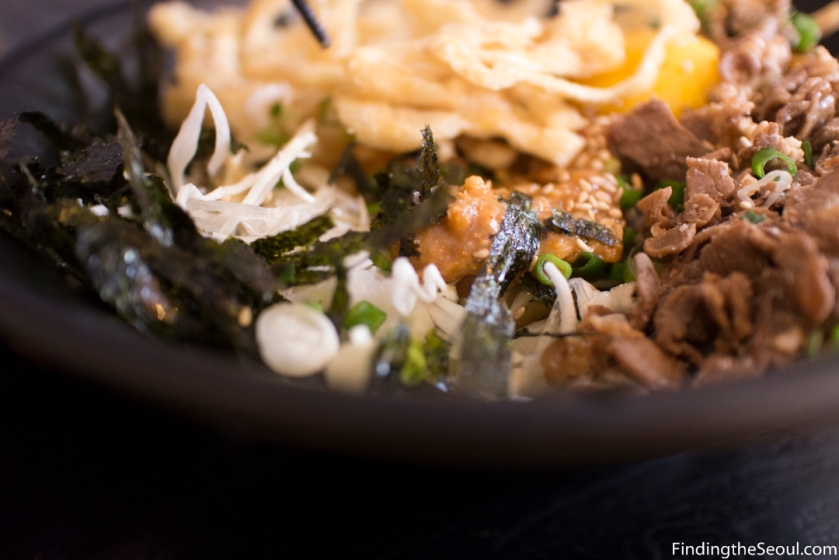 While I wasn’t completely satisfied due to my purist nature, it was still a relatively enjoyable noodle shop. One thing I would like to try if given the chance to come here again, would be the pork cutlet (돈카츠) as it looked amazing.

With reasonable prices and an interesting fusion of Korean and Japanese recipes, they offer customers something quite rare and potentially very enjoyable.  If you’re a noodle fanatic like I am, you should definitely try it out to see for yourself!