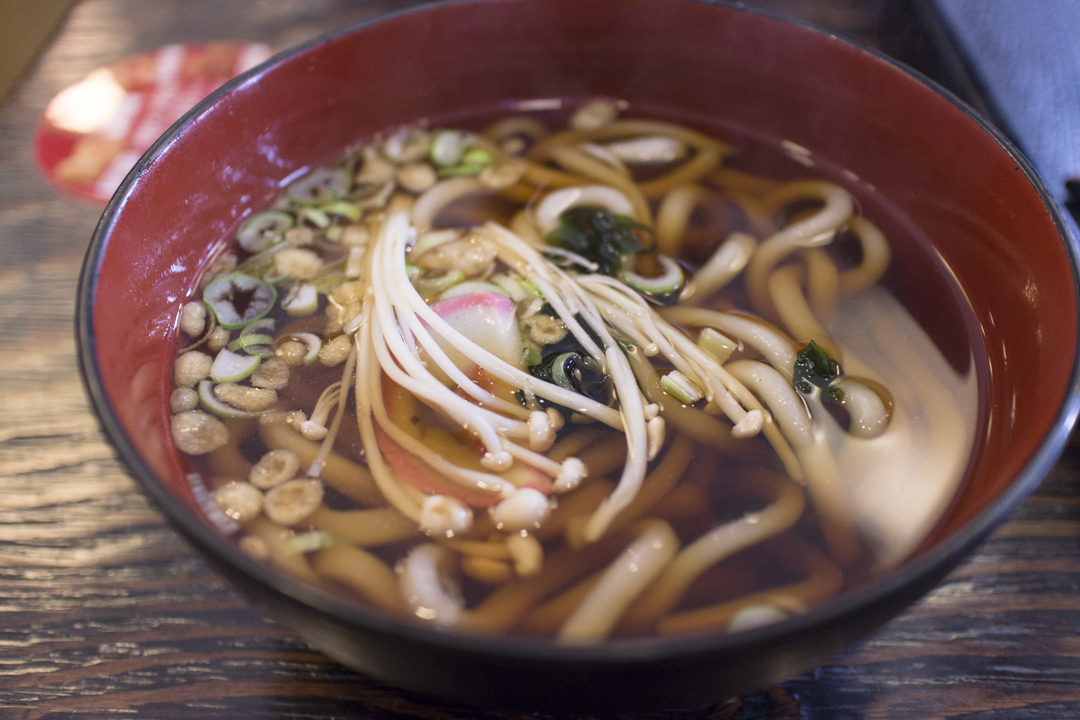 Ever since coming to Korea 6 or so months ago, I’ve been craving Japanese style noodles more and more. Korean udon (우동) is nice, but it doesn’t have the same taste as Japanese style udon. I believe it’s because of the stock and soy sauce they use. When I entered Misoya, I got very excited because it was highly likely I’d be able to try Japanese style udon. You can find it by going out of Yangjae Station (양재역) exit 5 and hanging a left like on the map. It is to the left of Yangjae Chicken House. There are many other stores around Korea as well. 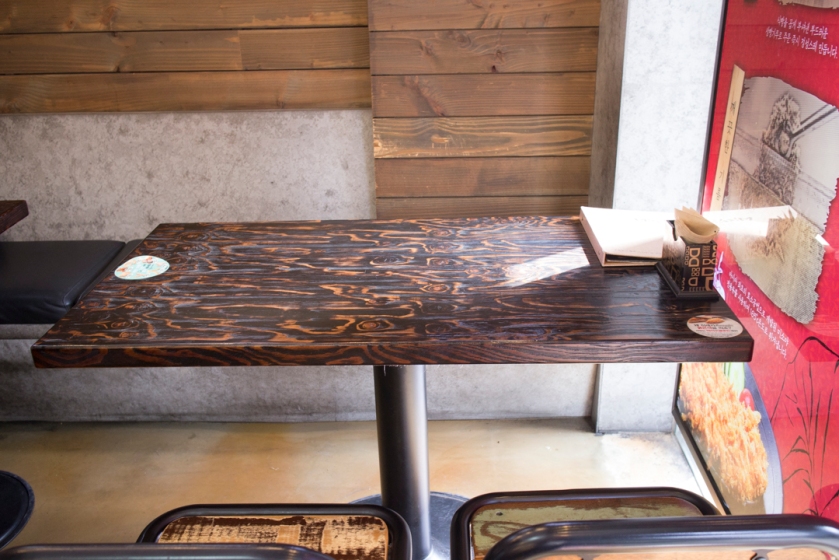 The menu has an adequate amount of items without going over the top. There aren’t too many udon choices, but they do have your Japanese curries and tonkatsu. They also have a lot of Korean influenced dishes. I was a bit sad that I couldn’t have soba (buckwheat noodle) in hot soup, but it is what it is. I definitely want to try the bulgogi udon next time! 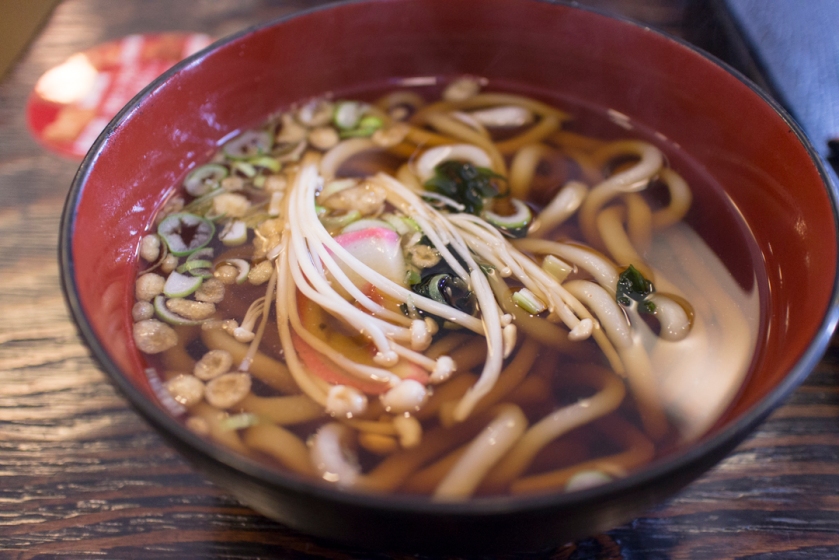 It was a done deal after seeing udon on the menu for only 4500 won. It came with enoki mushrooms, a fish cake, some tempura bits, and chopped green onions. The quantity wasn’t terribly large and the toppings weren’t exactly generous, but it was fairly well put together. The noodles had a decent chewiness to them, but I was in it for the broth.

The broth was pretty much what I had expected from a Japanese restaurant. It was a dashi-based broth with a subtle, but flavorful soy sauce base. I drank the whole bowl! While a bit weaker than what I was used to, I enjoyed it whole-heartedly.

The variety of sushi was a bit different from the picture. I think they use whatever they have in stock. Somewhere along the way the sushi on the right top corner got knocked over which left the presentation with much to be desired. I could make a better display from a sushi buffet.

The sushi wasn’t the best, but I would say it is somewhat better than department store sushi. The rice didn’t hold up together very well, so it fell apart easily when dipping into soy sauce.

I only recommend the sushi if you’re dying to eat sushi. I felt it was average at best. 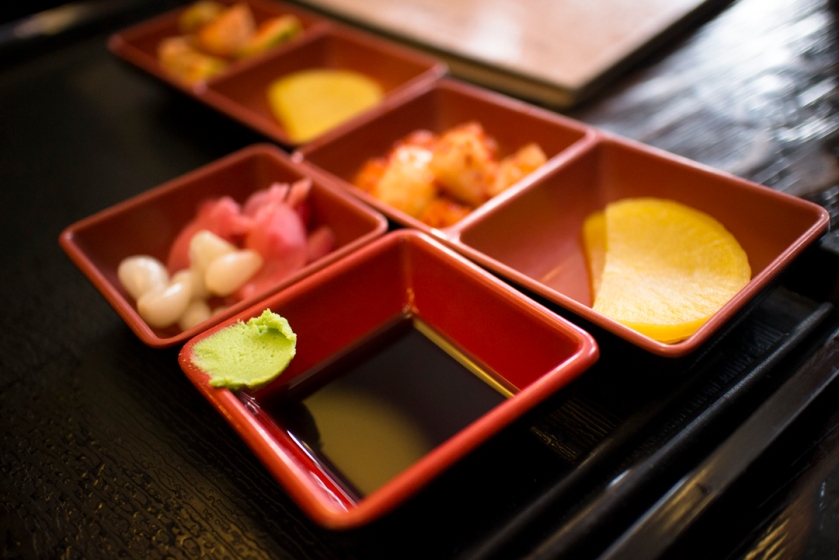 My overall impressions are positive and I finally had my urge to eat Japanese noodles satiated. The curries and tonkatsu (pork cutlet) look very promising and I’ll have to try that next time!