Chir Beer Plus is a Western comfort food style pub with some guilty pleasures you miss back home. They have your fried chicken, mac and cheese, fries, and fish and chips, along with a salad if you want to be good to your body. They obviously have beer, but I didn’t get a chance to check them all out. I went to the Hongdae (홍대) location which can be accessed from Hapjeong Station (합정역). Type “치르비어플러스 홍대본점” in Naver maps if you get lost finding it.

The atmosphere is not too noisy and very comfortable. Everything feels pretty modern and chic. Most people were in there 20s and 30s. 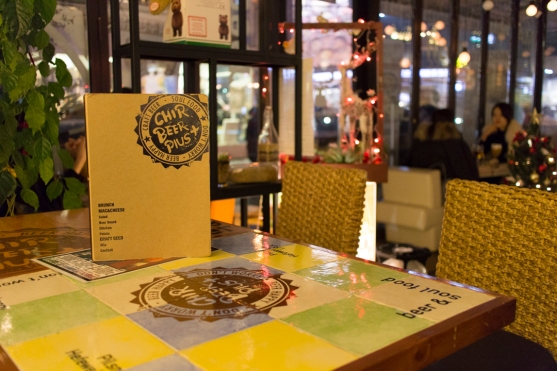 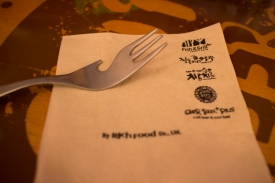 The food is quite reasonably priced, but the portions are relatively on the smaller side. There were many things on the menu I was excited to try, but I’ll have to wait for next time.

Basically a huge dollop of whip cream on a glass of light beer. While it looks cute and is quite cheap, I couldn’t quite tolerate it. The more you drink, the weirder it tastes as the cream gradually mixes with the beer. When they were separate elements, it was fine. I can’t really recommend this one at all. However, it seemed to be the most ordered beer, so maybe I’m the weird one.

The mac and cheese comes in a small skillet with the oven mitt still on it. The cheese was rather mild and the noodles were proper macaroni. The cheese is a bit thin and dry from being baked and since it was not very deep, there was no contrastingly creamy bottom to be had. It may not be the best mac and cheese I’ve ever had, but it was downright satisfying. Mac and cheese is a lot like pizza, even when it’s bad it’s so good. You can also order your mac and cheese with sausage, con carne, shrimp, meatballs, or bacon which will probably bring a lot more flavor. 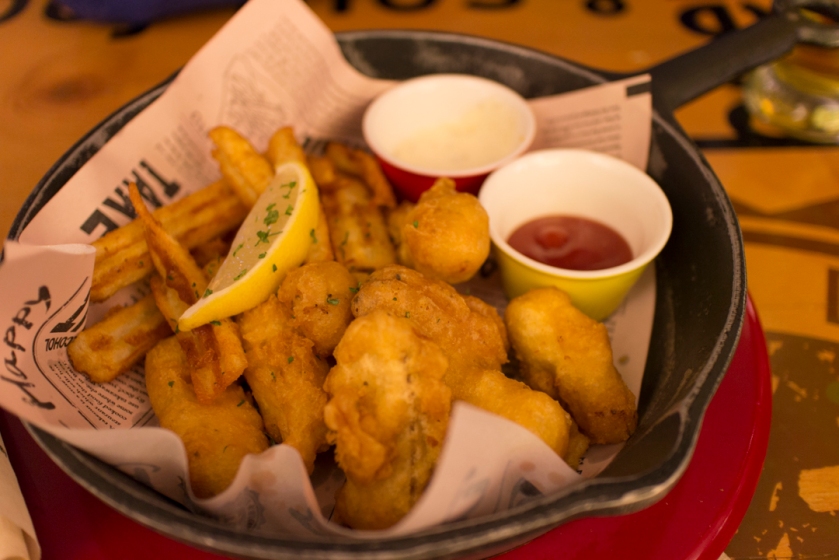 The fish and chips were a mixed bag as well. The fish was battered rather heavily, akin to Mcdonald’s Mcnuggets. It tasted pretty decent at first, but as I kept eating the batter eventually became too greasy to handle. I also think part of the batch wasn’t so fresh as there was a hint of fishiness in some of the pieces.

The chips on the other hand were delicious. There was a nice crispiness to the outside layer and the inside tasted almost like a cross between a baked and mashed potato. It was a bit strange seeing more fish than potatoes as well.

Chir Beer Plus seemed like a nice place for younger people to hang out and enjoy a nice atmosphere. The food, on the other hand, was somewhat subpar compared to what can be had back home. I’ll probably give them another chance as their menu still seems very promising and I may have visited on an off day.

Do you have any recommendations for Western comfort foods? Please leave a comment below!